In Newtonian fluids the dynamic viscosity is described as the ratio of the shear stress to the velocity gradient in a fluid. The viscosity remains constant through varying shear stress and over time, and the relationship is shown in the equation below:

The majority of fluids can be modelled as Newtonian fluids and this is the type of fluid that we come across in the majority of mixing applications.

Other types of fluid can exhibit non-Newtonian behaviour where the viscosity is not a constant value, and changes in response to some other variable.
Some of these are listed below:

Some common non-Newtonian fluids are water based paints, polymer solutions, and many food and personal care products such as toothpaste and tomato ketchup.

Viscosity is measured with an instrument known as a viscometer, or rheometer, and there are multiple different types, the most common of which are explained below:

The falling sphere type viscometers consist of a small sphere and a stationary glass tube filled with the fluid to be tested. The sphere is allowed to fall through the fluid and the time taken to pass between two points is measured. Using Stokes’ law the dynamic viscosity can then be calculated using the density of the fluid and sphere.

Viscosity cups are a type of viscosity measuring device consisting of a cup with a precisely sized aperture in the base. The cup is filled with the liquid to be measured and the time taken for the liquid to drain from the cup through the aperture is taken. From this time value, the kinematic viscosity can be calculated using conversion formulas or tables provided by the manufacturer.

Viscosity cups are commonly used in the paints and coatings industries.

A more sophisticated type of rheometer is the rotational spindle type viscometer. These instruments work based on the Searle principle, where the torque required to rotate a spindle in each fluid at a certain speed is proportional to the fluid viscosity.

The speed of the rotating spindle can usually be varied which has the effect of varying the shear stress experienced by the fluid. This allows rotational viscometers to be used to measure the viscosity profile of non-Newtonian fluids which exhibit different viscosities at different levels of shear stress.

DO NOT DELETE THIS SECTION

A fluids viscosity is one of the most important considerations when designing a mixer for a given application.

The greater a fluids viscosity, the more energy input is required to mix the fluid, and this means larger impellers, and more powerful motors to turn them. For highly viscous materials it may be necessary to use a close clearance type impeller, such as a gate or spiral type impeller, to achieve adequate mixing across the full tank volume.

Mixing at low viscosity almost always takes place under turbulent conditions.
This means that mixing is controlled by inertial forces rather than by molecular diffusion, and mixing is achieved by the many eddies and vortices created by the mixer impeller.

Impellers such as the hydrofoil and pitched blade turbine type impellers are used for low viscosity mixing as they provide large pumping capacities and create large amounts of turbulence in the mixing vessel.

On the other hand, mixing at high viscosities takes place mainly in the laminar flow regime where the viscous forces dominate, damping down any turbulence, and molecular diffusion is the main source of mixing. To aid the molecular diffusion the aim of mixing in the laminar regime is to “cut and fold” the fluid so that there is greater interfacial area between the different fluids for the diffusion to take place.

Here, gate or screw type impellers are used as the large surface area
presented to the fluid helps to increase the “cutting and folding” action
across the entire tank volume.

The below plot shows the suitable viscosity ranges for various types of standard impellers.

Plot of Impeller Types vs Their Suitable Operating Viscosities

Achieving adequate mixing in non-Newtonian fluids can be challenging. If you have a non-Newtonian mixing application and you require assistance in selecting a suitable agitator, please get in touch and one of our application engineers will be happy to help.

Different types of mixing element are used for low and high viscosity fluids and generally follow the same principles as stirred tank impellers. The higher the viscosity, the larger and more complex the mixer elements placed in the pipe to ensure mixing across the entire pipe diameter, and this increases the pressure drop across the mixer. This increases the power required from the pump so, as in stirred tank mixers, more power is required for mixing high viscosity fluids. 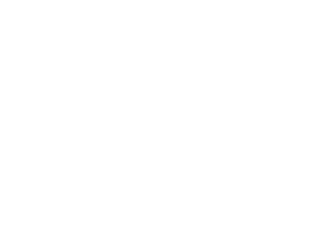 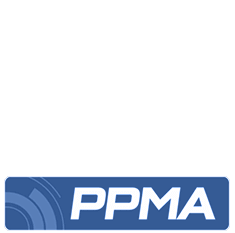